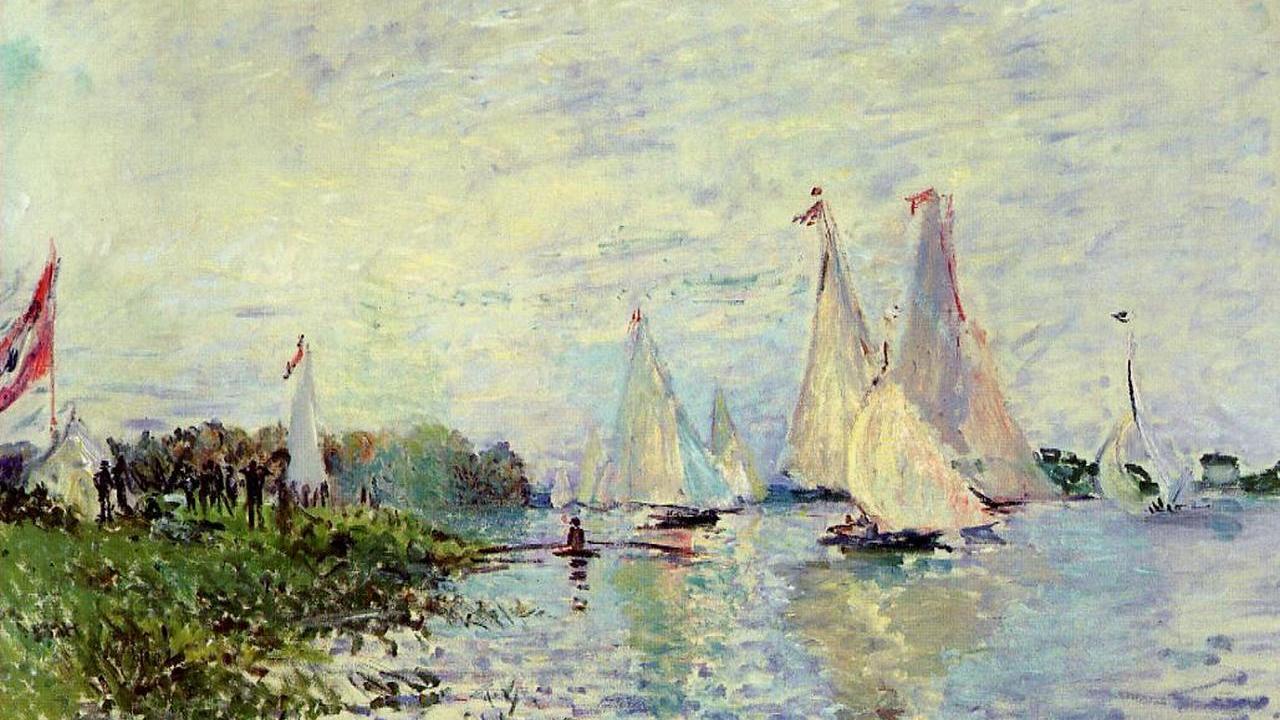 The French word, “Voiles” translates as either “veils” or “sails.”

This is the atmospheric title that Claude Debussy provided for the second of his twelve piano Préludes, published in 1910. Harmonically, Voiles is rooted in the whole-tone scale, in which each pitch is separated by the intervallic distance of a whole step. As a result, the hierarchy and tonal pull of the traditional major or minor scales is gone. Unmoored, the music drifts into a mysterious, static sea. At moments, we float into the dreamy harmonic world of the pentatonic scale, as well as the sonic blur of chromaticism. There are echoes of the Balinese gamelan, which Debussy heard at the 1889 Paris Exposition. Amid the eerie stillness lurks an ominous, unrelenting B-flat in the bass. The final bars evaporate as a fleeting, ephemeral dream.