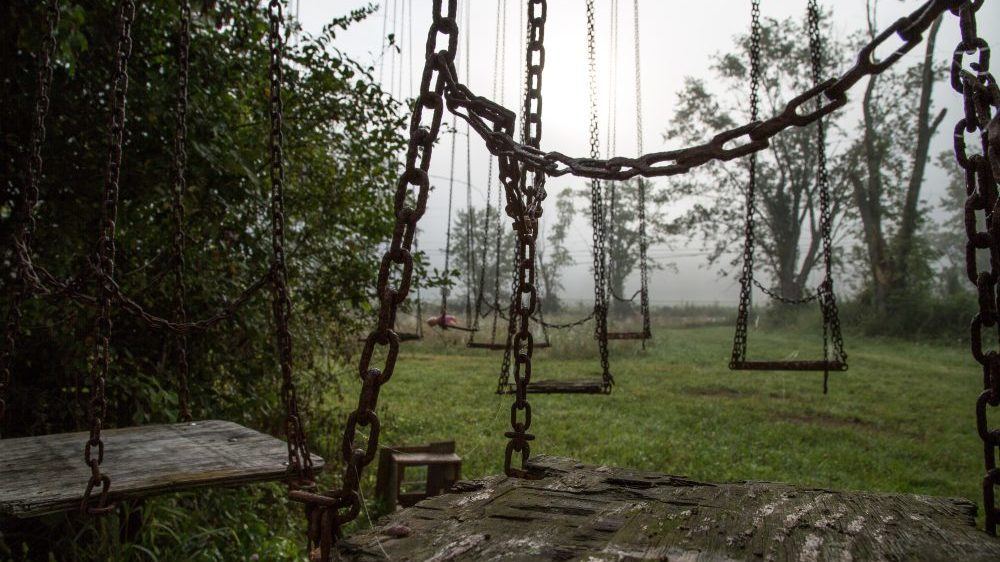 Much of the music of the American composer, George Crumb (1929-2022), drifts into the atmospheric, spectral world of “night music.”

Evoking the hum of insects and the distant murmurs of a summer night, these are the eerie, nocturnal sounds that we hear throughout the music of Béla Bartók. It is also the “night music” of Mahler’s Seventh Symphony, which Crumb called “very spooky music.”

Crumb’s 1984 orchestral work, A Haunted Landscape, emerges over a nearly imperceptible “cosmic drone.” Underlying the entire piece, this nocturnal rumble is produced by two basses with strings retuned to the lowest imaginable B-flat. The commentator, Thomas May, writes that the sonic events which occur throughout A Haunted Landscape have “a remarkably spatial, almost “3D” feel, emerging as foreground from an omnipresent, ominous background.” As with the indistinguishable “bump in the night,” these hushed sounds can be terrifying because their source is unknown.

Throughout A Haunted Landscape, an angelic string chorale suggests the celestial timelessness of Charles Ives’ The Unanswered Question.

In his program notes, the composer described the mystery of place:

A Haunted Landscape is not programmatic in any sense. The title reflects my feelings that certain places on planet Earth are imbued with an aura of mystery: I can vividly recall the “shock of recognition” I felt on seeing Andalusia for the first time after having been involved with the poetry of Garcia Lorca for many years. I felt a similar sense of déjà vu on visits to Jerusalem and to Delphos in Greece. Even in the West Virginia woods, one senses the ghosts of the vanished Indians. Places can inspire feelings of reverence or of brooding menace (like the deserted battlefields of ancient wars). Sometimes one feels an idyllic sense of time suspended. The contemplation of a landscape can induce complex psychological states, and perhaps music is an ideal medium for delineating the tiny, subtle nuances of emotion and sensibility that hover between the subliminal and the conscious.

4 thoughts on “George Crumb’s “A Haunted Landscape”: A Guide to Mysterious Places”