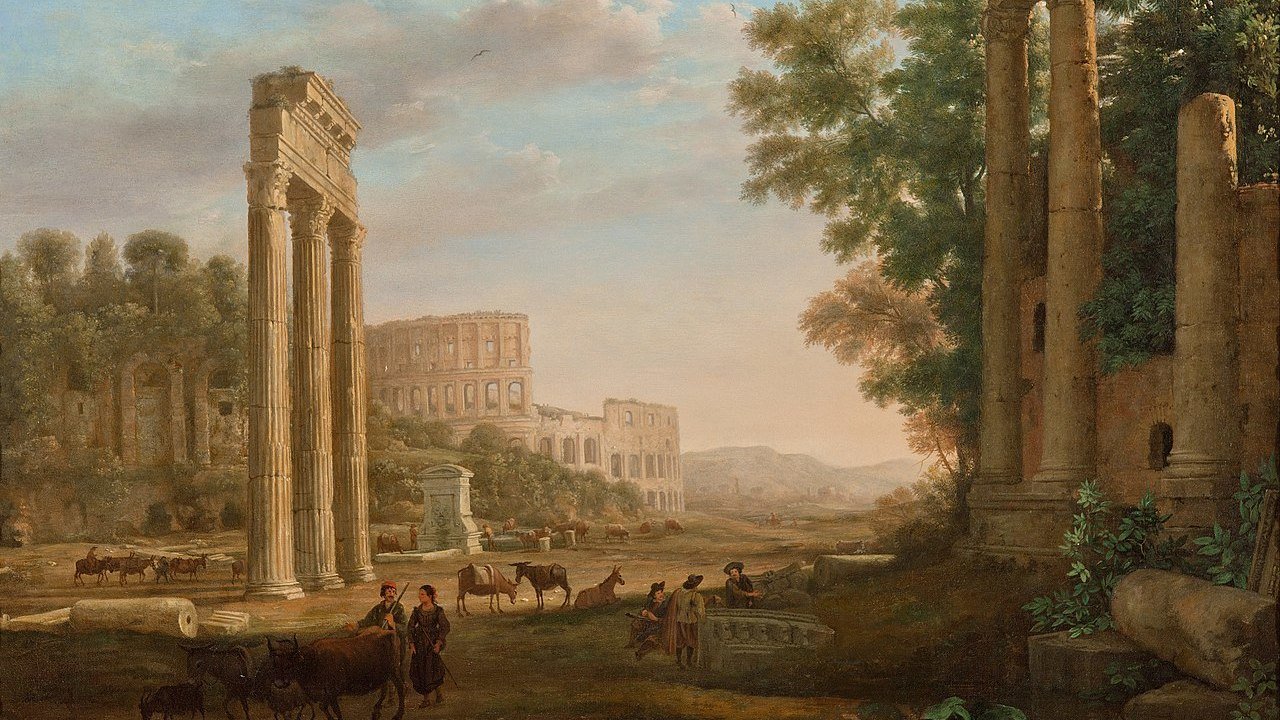 Claudio Monteverdi’s 1643 opera, L’incoronazione di Poppea (“The Coronation of Poppaea”), begins with a clash between mythological deities. In the prologue which precedes the first act, the goddesses of Fortune and Virtue each argue that they hold the most power over humankind. Soon, their disagreement is interrupted by the god of Love, who claims the greatest power of all, with the bold proclamation, “I tell the virtues what to do, I govern the fortunes of men.”

It’s a reality which is affirmed in the three-act opera’s rapturous final scene. Just before the final curtain falls, Nero and Poppea sing the love duet, Pur ti miro, pur ti godo (“I gaze upon you, I desire you”). When L’incoronazione di Poppea was premiered at Venice’s Teatro Santi Giovanni e Paolo during the carnival season of 1643, audiences would have known the horrors which lurked beyond this blissful final scene. As the story goes, Nero, Emperor of Rome between 54 and 68 AD, went on to attack the pregnant Poppea in a fit of rage, leading to her death.

Regardless, Pur ti miro, pur ti godo is one of opera’s most intimate and blissful expressions of romantic love. Occasional aching dissonances melt into sunny parallel thirds. The text is passionate and direct:

I adore you, I embrace you,
I desire you, I enchain you,
no more grieving, no more sorrow,
O my dearest, O my beloved.

L’incoronazione di Poppea was Monteverdi’s final opera. The composer died some six months after the premiere. Musicologists have speculated that, due to Monteverdi’s declining health, the opera was a collaborative effort which may have included Francesco Sacrati, Benedetto Ferrari, and Francesco Cavalli. The younger “apprentice” composers may have worked under Monteverdi’s direct supervision.

During the Baroque period, male roles were often performed by castrati, who sang in a range equivalent to a soprano or mezzo soprano. This 2009 recording features the countertenor, Philippe Jaroussky, and the soprano, Nuria Rial: