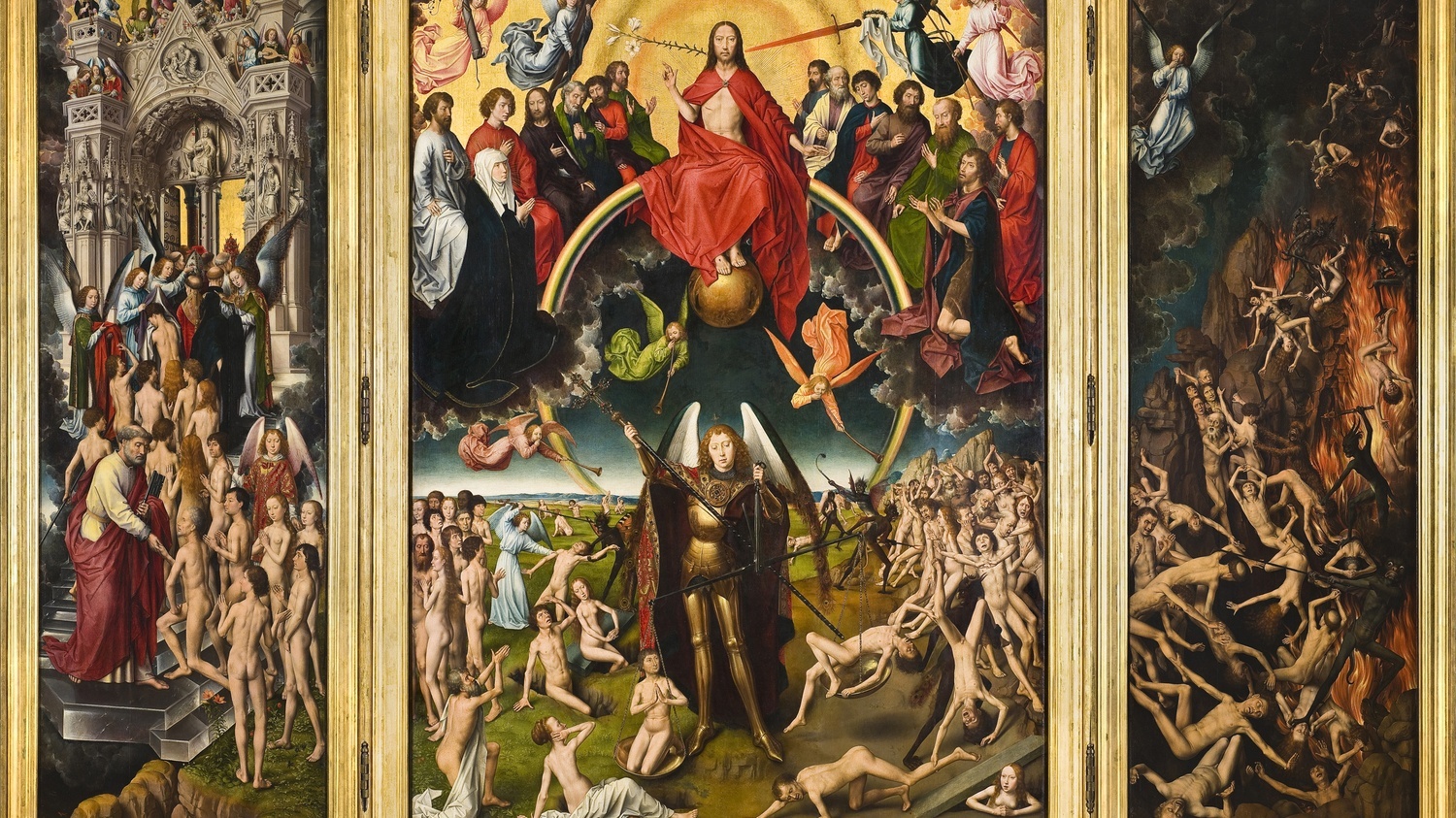 Last week, we explored two pieces which bookend the musical output of Sergei Rachmaninov- the First Symphony, which Rachmaninov wrote at the age of 22, and the Symphonic Dances, his “last spark,” completed in 1940.

The Dies irae, the ancient chant of the dead, emerges as a prominent presence in both works. It’s a motive that returns throughout Rachmaninov’s music with haunting regularity. We hear it in The Isle of the Dead, The Bells, and the Rhapsody on a Theme of Paganini, where it merges seamlessly with Paganini’s original theme. It lurks in the background of the Second and Third Symphonies and it forms the first four notes of the famous Vocalise.

The Dies irae, which translates as “Day of Wrath,” was used as part of the Roman Catholic Mass for the Dead, depicting the final judgement. The Medieval Latin plainchant dates from at least the thirteenth century and may be significantly older. It’s a motive which seems rich with potential for other music, descending in increasingly wide steps before pulling back to the original “home” pitch. Here it is in the form of Gregorian chant:

Rachmaninov’s relationship with the Dies irae may have been more long-lasting than any other composer. But this motive emerges in many other places, from Stephen Sondheim’s grisly masterpiece, Sweeney Todd, to Danny Elfman’s soundtrack for the film The Nightmare Before Christmas. Here are eight more examples:

The Dies irae is outlined in the bassoons and low strings in the sombre introduction of the first movement. This is the penultimate work in Haydn’s set of “London” Symphonies. The first audiences surely wouldn’t have been expecting the Symphony to begin this way. As the cheerful, dancelike first theme takes shape, the introduction’s ominous desolation seems to be a memory. But listen to the way the Dies irae returns like a ghost, just when we least expect it. It’s an inescapable presence which stays with us through the movement’s final bars.

The final movement of Berlioz’ Symphonie fantastique, entitled “Dream of a Witches’ Sabbath,” takes us to a diabolical scene filled with sinister shrieks, ghoulish groans, and brittle bones. Amazingly, this music, which at times sounds almost modern, was written only six years after Beethoven’s Ninth Symphony. The Dies irae is first heard as an ominous statement in the brass.  A restatement of the theme in the strings opens the door to a terrifying fugue which begins as a raspy whisper and seems to grow to titanic strength. Surely this is some of the most spine-chilling music ever written.

Franz Liszt’s Totentanz (“Dance of Death”) is a paraphrase on the Dies irae. From the rumbling dissonance of its opening, this is another piece which feels shockingly modern. Liszt puts the Dies irae motive through a series of expansive and far-reaching harmonic and melodic adventures.

Saint-Saëns’ tone poem tells the story of an ancient French superstition in which “Death” appears at midnight every year on Halloween. As the tritone (known as the “Devil’s interval”) sounds from the fiddle, the skeletons of graveyard spirits rise and dance. At the break of dawn with the crowing of the rooster, the skeletons return to their graves. In an unusual twist, here we get a statement of the Dies irae transformed from minor into major.

In this excerpt from Brahms’ Six Pieces for Solo Piano, Op. 118, the Dies irae enters quietly haunting territory. Listen to the way the opening motive is tossed around as if the music is searching for a way forward. Every note unfolds with a sense of inevitability.

The Dies irae emerges briefly in the first movement of Mahler’s “Resurrection” Symphony. But it is heard most prominently in the final movement, beginning quietly in this passage. It appears again in the form of a solemn brass chorale. With offstage instruments and deep psychological undertones, this music seems to be directly descended from Berlioz’ Symphonie fantastique. Here is the fifth movement:

The great Belgian violinist Eugène Ysaÿe wrote a series of six solo sonatas, each dedicated to a fellow violinist. Sonata No. 2, opens with a quote from the Prelude of J.S. Bach’s Partita No. 3 in E Major. Jacques Thibaud, the work’s dedicatee, began his daily practice sessions with this music. But the Bach motive enters into a contest of “dueling fiddles” with the Dies irae. The Sonata’s four movements (Obsession, Malinconia, Danse des ombres, Les Furies) are filled with ghostly, supernatural sounds and references to the Dies irae.

Holst: The Planets (Saturn, the Bringer of Old Age)

Saturn, the Bringer of Old Age is the fifth movement of Gustav Holst’s orchestral suite, The Planets. The music begins with a slow, monotonous “tick-tock,” suggesting the inevitability of the passage of time. Amid echoes of the Dies irae, the ticking clock takes on the grim atmosphere of a funeral dirge. In the final minutes, listen to the way this ominous sense desolation evaporates into a sense of mystery and wonder. As the music floats higher into a serene dreamscape, notice the crunching dissonance of the suspension in the lowest register of the orchestra. This moment of bittersweet conflict seems to be trying to hold on and let go, all at the same time.