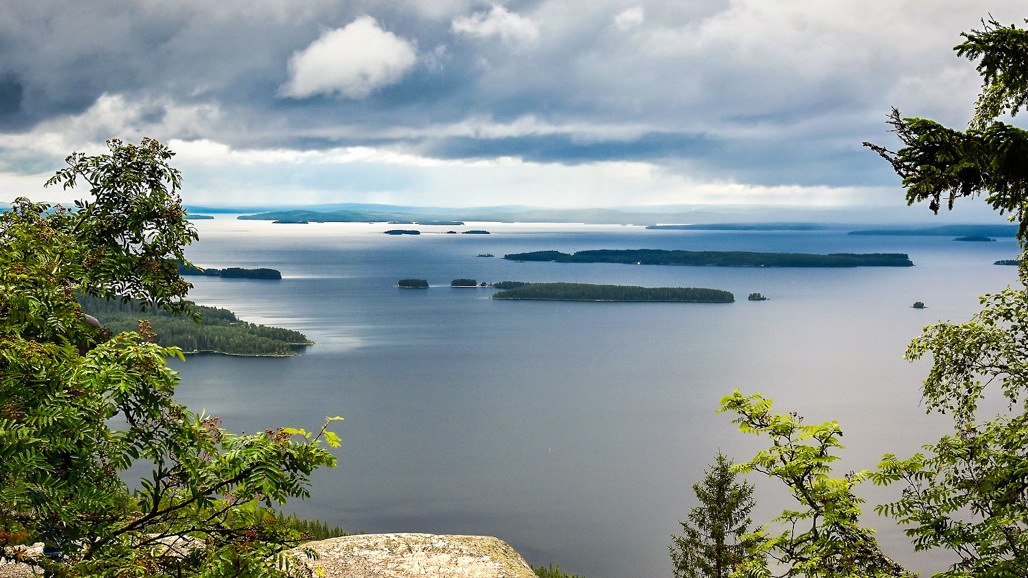 At moments, you can hear the ghost of Jean Sibelius emerge in Einojuhani Rautavaara’s Piano Concerto No. 1, completed in 1969.

Rautavaara (1928-2016) was among the most significant Finnish composers to follow Sibelius. His style evolved gradually, moving from 12-tone serial modernism into Neo-Romanticism. His later works, such as the 1994 Seventh Symphony (Angel of Light), embrace a tantalizing mysticism. In his 2016 remembrance, the composer Kalevi Aho (a student of Rautavaara) writes,

Einojuhani Rautavaara stressed on many occasions that his feeling was that his compositions pre-existed in a kind of abstract Platonic world of ideas. He viewed the composer’s task as that of a midwife, bringing the compositions cautiously into the world without damaging them at birth.

Piano Concerto No. 1 opens with an eruption of raw, primal energy amid striking clusters of sound. A vast, sonic landscape spreads out in front of us. The piano’s bold opening statement reaches the highest and lowest expanses of the keyboard, simultaneously, while taking in all of the space in between. This initial statement in the solo piano opens the door to the searing, titanic power of the full orchestra, which envelops the piano’s arpeggios in rich and colorful sonic layers. In an orchestral passage later in the movement, listen to the wildly exuberant solo clarinet lines and trumpet fanfares which leap out from a warm string chorale, reminiscent of the music of Sibelius. Notice the way these fanfares move around the orchestra in a variety of voices. An amazing dialogue unfolds between the solo piano and a variety of instrumental voices.

In the second movement, a quietly haunting chorale in the piano, interspersed with exotic arpeggios, rises over an eternally hovering, three octave deep “C” in the strings.  A soaring, romantic melody takes shape. This Andante is filled with solemn mystery. There are hints of the icy, brooding lament of Sibelius’ most austere string passages.

Without interruption, we move into the brief and boisterous third movement (Molto Vivace). Around 19:54, the rising string line seems to howl like a ferocious Nordic wind. It’s a sound which reminds me of one of the most awe-inspiring moments in Sibelius’ Fifth Symphony.