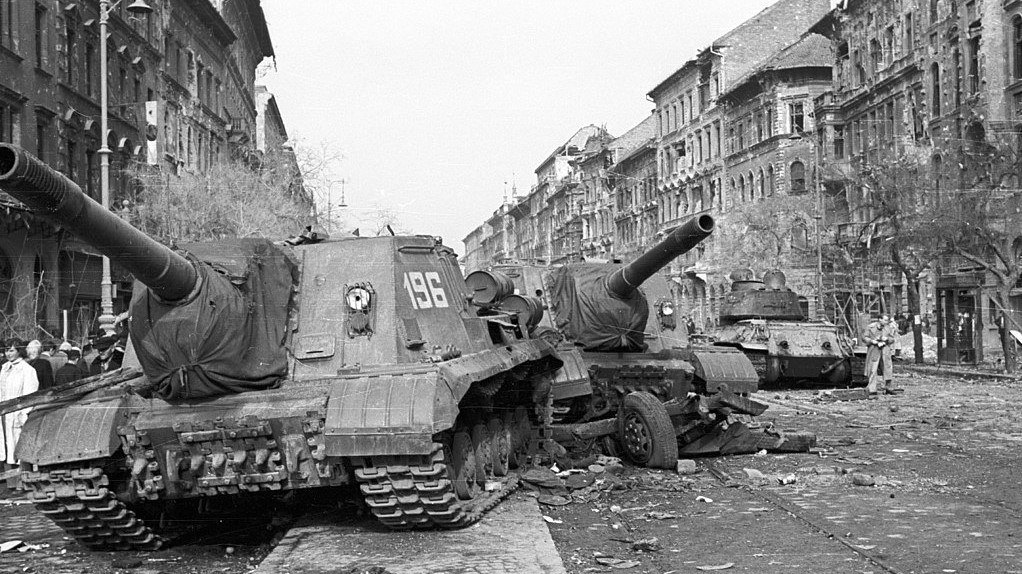 On January 22 [O.S. January 9], 1905, a date which is remembered as “Bloody Sunday,” thousands of peaceful, unarmed demonstrators marched to St. Petersburg’s Winter Palace. They intended to present a petition to Tsar Nicholas II. Many supported the Tsar and believed that he would help to address their economic, political, and social grievances. Assembled in the square, they sang God Save the Tsar; but a frightened Nicholas II had fled the palace. Inexplicably, the Imperial Guard opened fire, killing around 1,000 protesters and turning the snow red with blood. Among the survivors was Dmitri Shostakovich’s father. The composer was born the following year. As a child, he was deeply affected by stories of the massacre, which included “a mound of murdered children on a sleigh” whom the soldiers shot “for fun.” The Russian Revolution of 1905 set the stage for the rise of the Bolshevik Revolution in 1917 and the birth of the Soviet Union.

In 1955, Dmitri Shostakovich announced that he had accepted a commission from the Soviet authorities to write a symphony in commemoration of the 50th anniversary of “Bloody Sunday.” Personal struggles, which included the death of the composer’s mother and the failure of his second marriage, intervened. Shostakovich did not produce the work until the summer of 1957. Symphony No. 11 was still subtitled, “The Year 1905,” but now it would also commemorate the 40th anniversary of the 1917 October Revolution.

The music which emerged remains one of Shostakovich’s most controversial symphonies. In contrast to the monumental Tenth Symphony, released after the death of Stalin, the Eleventh is unrelentingly programmatic and cinematic. It unfolds like a film score accompanying a vast, epic societal drama. It is haunted by the ghosts of earlier Russian composers, from Tchaikovsky and Rimsky-Korsakov to Mussorgsky. There are echoes of Mussorgsky’s Boris Godunov, an opera which explores similar subject matter. Folk songs and revolutionary songs from the nineteenth century take centerstage throughout the Symphony. While these references mean little to modern listeners, they were instantly recognizable to Soviet audiences in the 1950s. The words spoke passionately of freedom from tyrants. Zoya Tomashevskaya, the daughter of a prominent literary critic, attended the premiere with the poet, Anna Akhmatova. Tomashevskaya recalled,

At the premiere of the Eleventh Symphony, there was a lot of discontented muttering. The music-loving connoisseurs alleged that the symphony was devoid of interest. All around one heard such remarks as: “He has sold himself down the river. Nothing but quotations and revolutionary songs.” Anna Andreyevna Akhmatova kept her silence. For some reason, my father couldn’t attend the concert. When we came home afterwards, he asked us, “Well, how was it?” And Anna Andreyevna answered, “Those songs were like white birds flying against a terrible black sky.”

Symphony No. 11 earned Shostakovich the Lenin Prize in 1958. On the surface, the Symphony may appear to be little more than a capitulation to Soviet oppression. Yet, on a deeper level, Shostakovich may have been sending a veiled and defiant message to the Party. The brutal Soviet repression of the Hungarian Revolution of 1956 was fresh in everyone’s memory. Striking and obvious comparisons could have been made between “Bloody Sunday” and the 600 Hungarians who, on October 25, 1956, were machine-gunned in Budapest’s Parliament Square. At the premiere an elderly woman was overheard saying, “Those aren’t guns ﬁring, they are tanks roaring, and people being squashed.” The composer’s son asked, “Papa, what if they hang you for this?”Allegedly, Shostakovich once told the musicologist Solomon Volkov that the Eleventh Symphony was “about the people, who have stopped believing because the cup of evil has run over.” Symphony No. 11 is a defiant ode to revolution. It is also a haunting requiem for the dead. The conductor, Mstislav Rostropovich, a friend of the composer, summed it up when he called the Eleventh

a symphony written in blood, a truly tragic work. It is unremittingly tragic, and not so much about 1905 or 1956, perhaps, as about the persistently tragic pattern in human events. All revolutions, after all, are tragic events.

The first movement is titled, “The Palace Square.” It begins with a mournful evocation of Russian liturgical chant. An uncomfortable stillness hangs in the air. We hear crunching half step dissonances in the strings, the ominous drum beats of the timpani, and bugle and horn calls. A lamenting quote of the folk song, Slushai  (“Listen”) is introduced by the flutes.

The second movement,”The Ninth of January,” depicts the hellish scene of the massacre. Shostakovich drew upon two themes from his 1951 unaccompanied choral work, Ten Poems on Texts by Revolutionary Poets, op. 88. Gradually building tension erupts into wild ferocity. The final bars return to ominous stillness with a haunting return of the music from the first movement.

The third movement, “Memory Eternal, is based on the revolutionary funeral march, Vy zhertvoyu pali (“You fell as victims”), a melody played at Lenin’s funeral in 1924.

The final movement (Tocsin) erupts with searing defiance and fury. There is a quote of  the revolutionary song, Besnuytes, tyranny (“Rage, tyrants”), which was sung by the Poles in resistance to the Russian invasion of 1863. The songs Varshavyanka (“Whirlwind of danger”), and Ogonki (“Sparks”) are also quoted. In the final moments, we return to the unsettling calm of the Symphony’s opening. A lamenting English horn solo is accompanied by a ghostly return of the bass pizzicato from the second movement. The Symphony ends with violent, militant cacophony amid the clanging of alarm bells.

His revolutionary songs sometimes spring up close by, sometimes float by far away in the sky…they flare up like lightning…That’s the way it was in 1905. I remember.

Leopold Stokowski and the Houston Symphony

Leopold Stokowski and the Houston Symphony gave the American premiere of Shostakovich’s Eleventh Symphony in 1958. The same year, they released the first commercial recording. It is still considered to be one of the definitive accounts. The strings achieve the same warmth and balance we hear in Stokowski’s Philadelphia Orchestra recordings. The opening minutes of the recording were included on the soundtrack of astronomer Carl Sagan’s Cosmos television series which aired in the 1980s.

Featured Image: a scene from the 1956 Hungarian Revolution