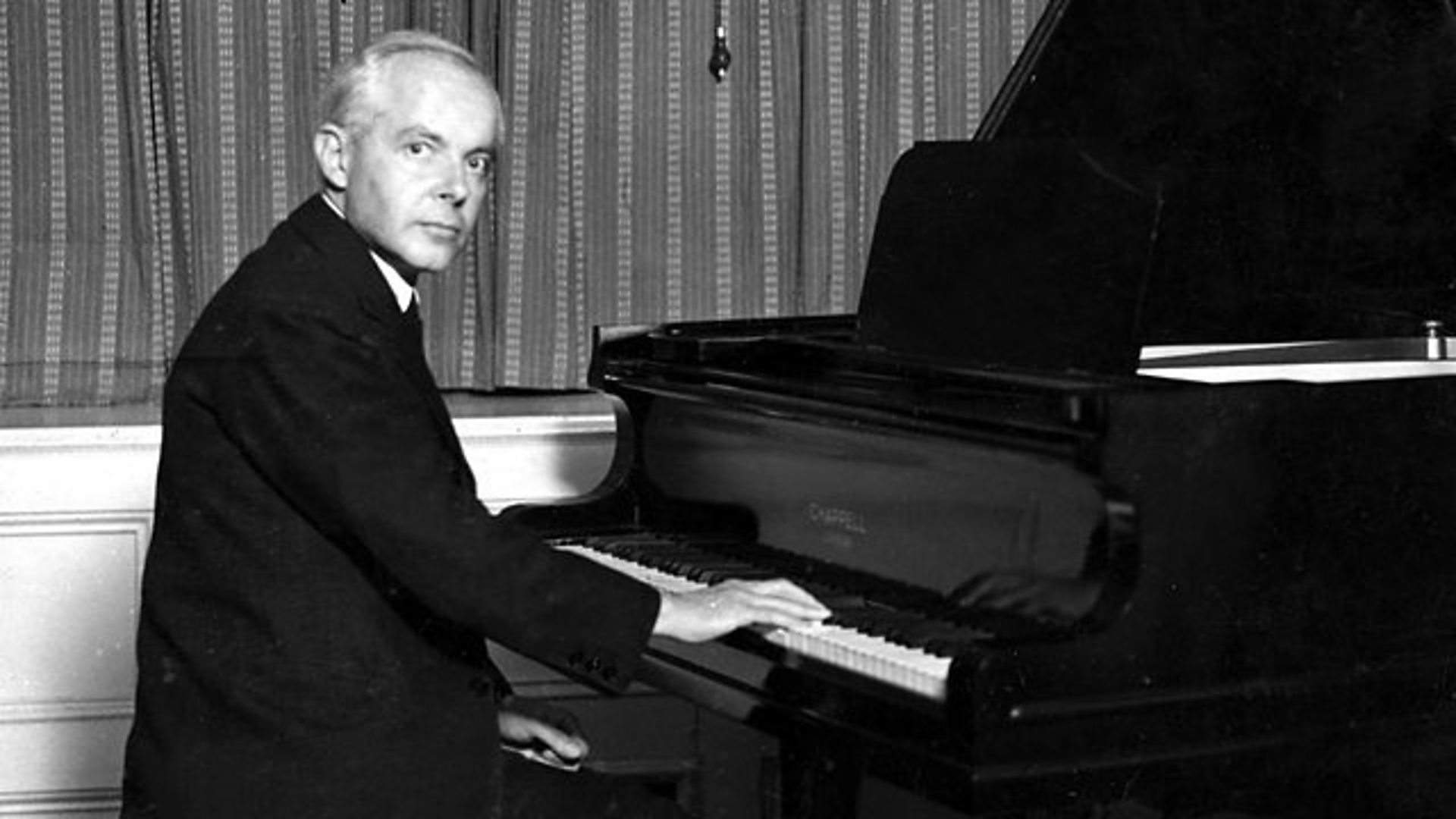 I consider my First Piano Concerto a good composition, although its structure is a bit – indeed one might say very — difficult for both audience and orchestra. That is why a few years later…I composed the Piano Concerto No. 2 with fewer difficulties for the orchestra and more pleasing in its thematic material…Most of the themes in the piece are more popular and lighter in character.

Completed in 1931, Bartók’s Second Piano Concerto is anything but light and frivolous music. For the soloist, it is notorious for being one of the most technically difficult pieces in the repertoire. András Schiff calls it “finger-breaking,” and says performances usually result in “a keyboard covered by blood.” For the composer, it was a virtuosic vehicle to perform as a touring concert pianist. The January 23, 1933 premiere, with Hans Rosbaud leading the Frankfurt Radio Symphony Orchestra, took place a week before Adolf Hitler’s appointment as German chancellor. The outspokenly anti-fascist Bartók would never return to the German concert stage.

Bartók’s Second is a piece which can sweep the listener into a visceral drama. The music overflows with neoclassical contrapuntal conversations and spirited Hungarian folk rhythms. As an ethnomusicologist, Bartók traveled to remote corners of his native countryside to document this music. As the Second Piano Concerto neared completion, Bartók wrote,

The right type of peasant music is most varied and perfect in its forms. Its expressive power is amazing, and at the same time devoid of all sentimentality and superfluous ornaments. It is simple, sometimes primitive, but never silly. It is the ideal starting point for a musical renaissance

Throughout the Concerto, the solo piano is treated as a percussion instrument. Boldly and exuberantly, it is set against a gradually changing orchestral tapestry. A high-spirited ascending flourish in the solo piano launches the first movement (Allegro) into motion. Bright, celebratory fanfares ring out in the brass, amid the piano’s glistening, continuously swirling lines. At moments, there are jubilant allusions to Baroque counterpoint. The final moments bring a towering cadenza.

In the first movement, the piano is joined only by the brass, woodwinds, and percussion. We hear the strings for the first time in the second movement (Adagio —  Presto —  Adagio). Simultaneously beautiful and terrifying, this is the haunting, nocturnal world of Bartók’s Night Music. We experience something akin to the hum of insects on a summer night and the sounds of distant, rolling thunder. The movement begins with a serene, muted string chorale. Wandering across a celestial landscape, this eternal chorale is dominated by primal open fourths and fifths. The wild, demonic scherzo, which makes up the middle portion of the movement, begins without warning.

The final movement (Allegro molto — Più allegro) springs to life with the power of the full orchestra. It’s a ferocious rondo in which the main theme from the first movement returns and finds triumphant resolution. Listen carefully, and you will hear the way this theme pays subtle homage to the finale of Igor Stravinsky’s The Firebird. The final moments drift off into serene repose amid dreamy glissandi before surging to a fanfare-infused conclusion. The final, euphoric chord leaps into the stratosphere with the same unabashed joy we hear at the end of Concerto for Orchestra.

Structurally, the Second Piano Concerto unfolds in a symmetrical arch form which Bartók employed frequently. The three traditional movements can be divided into five smaller movements (A-B-C-B-A, or fast-slow-fast-slow-fast). The interior movement, itself, unfolds in mirror form.