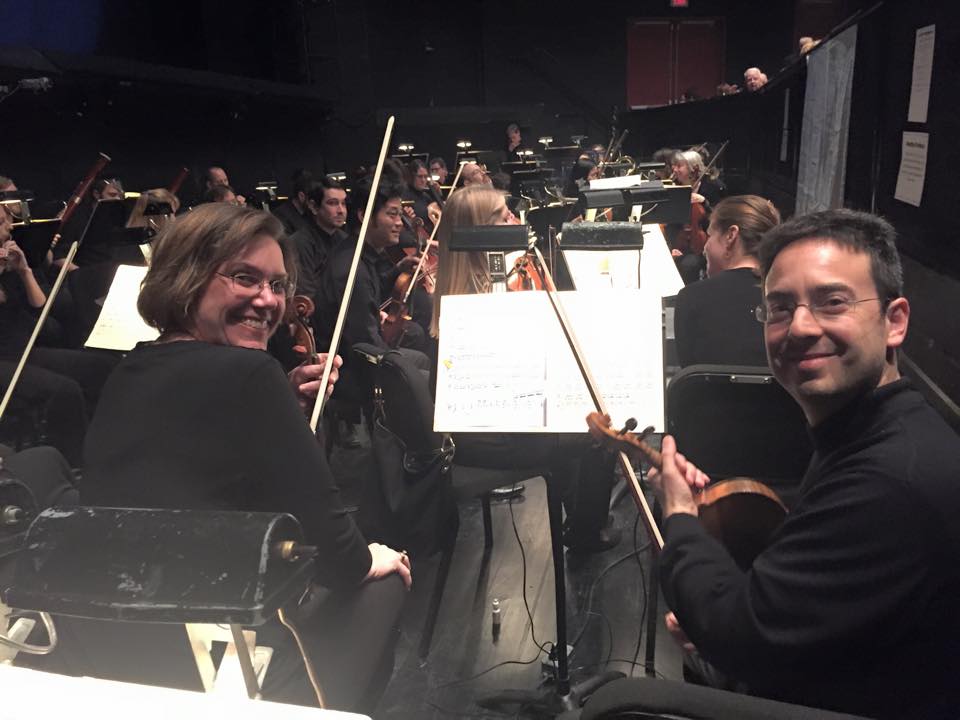 This month, the Richmond Symphony has been spending a lot of time in the orchestra pit performing La Traviata with Virginia Opera. Beyond the obvious vocal acrobatics, Giuseppe Verdi’s score is full of musical drama and characterization. The introspective orchestral Prelude to Act 1 foreshadows the tragedy which follows. Soon after the curtain goes up, we hear one of opera’s most recognizable drinking songs, Libiam ne lieti calici.

The plot of La Traviata centers around the emotionally lost Violetta, a courtesan who is recovering from illness. The young nobleman, Alfredo falls in love with Violetta, but his father Giorgio attempts to prevent the relationship. In the final scene, as Violetta is dying of tuberculosis, Giorgio realizes his error in judgement, but it’s too late.

Here is the final scene, sung by Anna Netrebko, Rolando Villazón, and Thomas Hampson in a 2005 performance at the Salzburg Festival. At 2:02:18 Violetta furiously laments the unfairness of her impending early death. At 2:05:47 we hear an ominous funeral march:

1 thought on “Highlights from La Traviata”