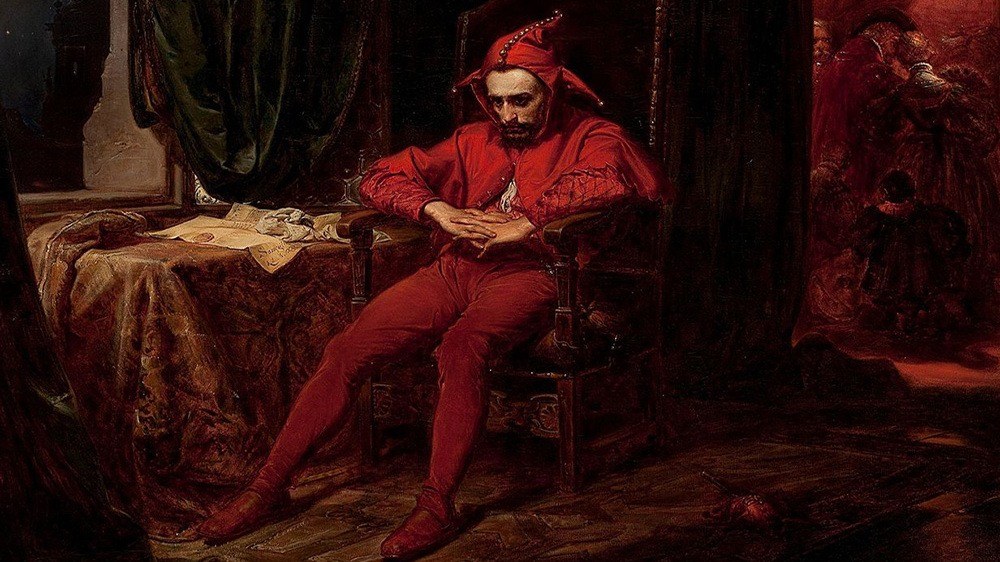 In Italian, the word “scherzo” means “joke” or “jest.” Theodore Baker’s Schirmer Pronouncing Pocket Manual of Musical Terms (an invaluable resource my first violin teacher recommended to me as a child) defines the musical scherzo as

1. An instrumental piece of a light, piquant, humorous character. 2. A vivacious movement in a symphony, with strongly marked rhythm and sharp and unexpected contrasts in rhythm and harmony; usually the third movement.

There are a host of pieces which fit these definitions. For example, consider Claudio Monteverdi’s exuberant Scherzi musicali from the early 1600s, or the frolicking Scherzo from J.S. Bach’s keyboard Partita No. 3. Haydn, the ultimate purveyor of musical humor, moved away from the courtly minuet in favor of the Scherzo in his string quartets. Similarly, Beethoven discarded the minuet in the Second Symphony, instead giving us a Scherzo filled with comic musical characters and imitative rhythmic tricks. The Scherzo in Mendelssohn’s incidental music for A Midsummer Night’s Dream depicts the mischievous nocturnal magic and practical jokes of Puck and other forest Fairies.

But today, let’s consider five powerful, monumental, and ferocious symphonic scherzos which leave behind any semblance of lightness and overt humor. These works come from the nineteenth and twentieth centuries and reflect a louder and more discordant world, a stretching of symphonic scale, and an expansion of orchestral forces. I think you will agree that these mighty scherzos are no joke:

It all begins with Beethoven’s transcendent Ninth Symphony, a piece so revolutionary and all-encompassing that it cast a long shadow over composers who followed. Perhaps because of the Symphony’s dramatic scale, Beethoven took the unprecedented step of reversing the normal ordering of movements, making the Scherzo the second movement. Listen to the way the main motive begins as a single line in the violins and quickly spreads through the entire orchestra, becoming a wild, terrifying dance. This is humor accompanied with a growl.

This clip is an excerpt from the “Ode to Freedom” concert which took place on Christmas Day, 1989— just six weeks after the fall of the Berlin Wall:

The Scherzo from Antonín Dvorák’s Seventh Symphony suggests a Furiant, a rapid Bohemian dance in which shifting accents form pairs of beats. What begins as an amiable country dance grows into a ferociously exhilarating ride in 6/4 time amid constantly shifting rhythmic currents:

Anton Bruckner’s unfinished final symphony is filled with strange, haunting sounds and a sense of mystery. The ghostly D minor Scherzo, positioned as the second movement following the model of Beethoven’s Ninth, is the furthest you can get from the folksy Austrian Ländlers found in some of Bruckner’s earlier symphonies. This is music which evokes terrifying, almost supernatural power:

The British Mahler authority, Deryck Cooke, called the Sixth Symphony’s Scherzo a “gruesome comedy.” The movement opens with a primal, pounding beat in the timpani which forms a kind of demonic waltz. Mahler provides the marking, “wuchtig” (“heavy”). Completed in 1904, this music is filled with the sounds, dissonances, and irony of the twentieth century:

We’ll conclude with the wild, swirling terror of the second movement of Shostakovich’s Tenth Symphony, first performed in 1953 following the death of Stalin. Filled with sarcastic interjections and shrieks of anguish, this is a gradually-building musical firestorm: