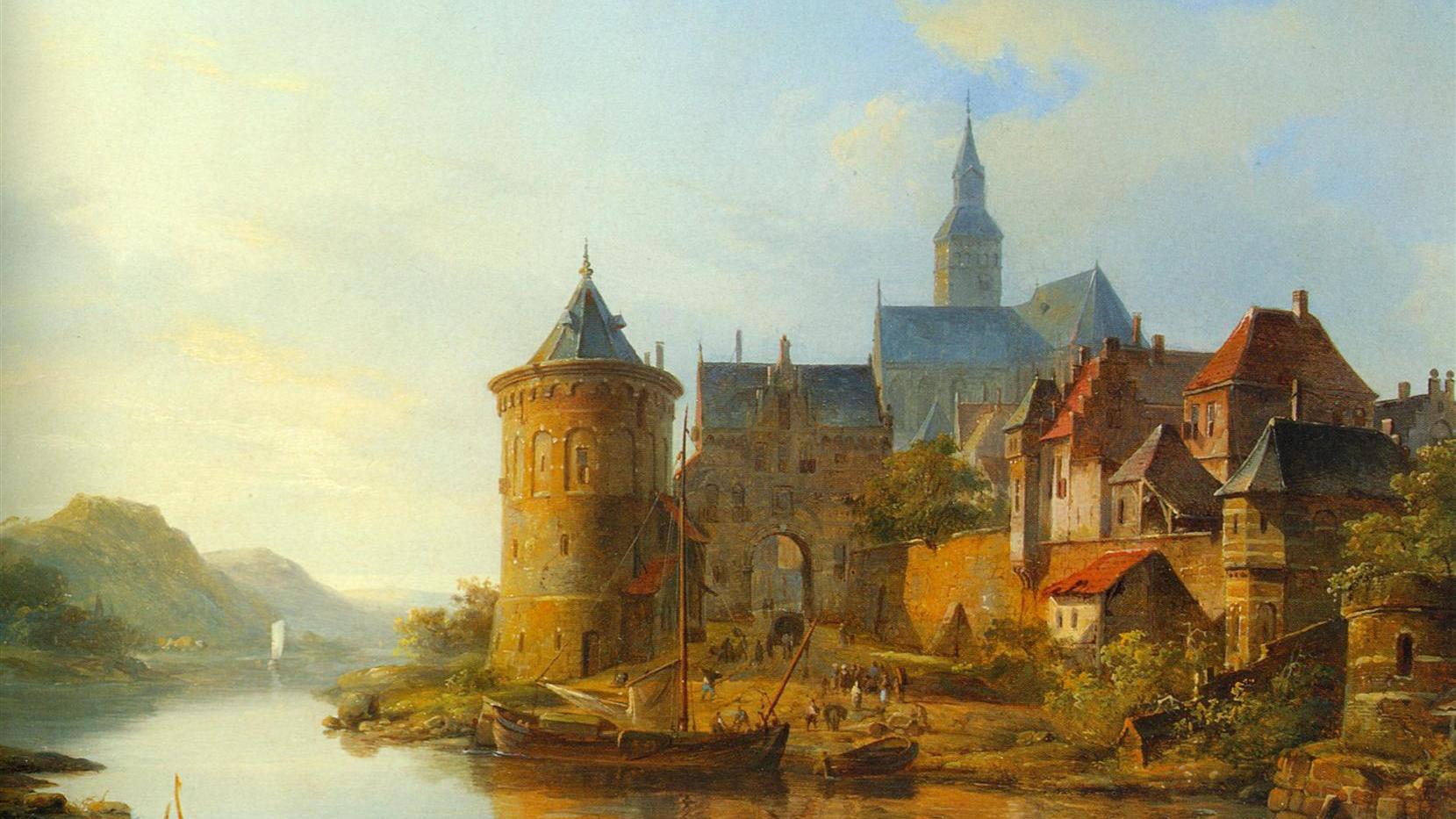 In 1850, Robert Schumann moved with his family to Düsseldorf to accept a position as music director of the city’s orchestra and chorus. The composer, who from birth had lived in Saxony, reveled in a new, picturesque landscape dominated by the majestic Rhine River. In her diary, Clara Schumann described a cruise down the river which revealed the Gothic splendor of the still unfinished Cologne Cathedral. She wrote, “We were enchanted…by the sight of the magnificent cathedral, which even on close inspection exceeded our expectation.”

It was in this environment that Schumann composed his final symphony over the course of five weeks in the autumn of 1850. (The Fourth Symphony, revised and published in 1851, was completed ten years earlier, resulting in a discrepancy between numbering and chronology). Symphony No. 3 in E-flat Major can be heard as a majestic musical portrait. Schumann did not give the score its subtitle, “Rhenish,” but he admitted to the publisher that it “perhaps reflects something of Rhenish life here and there.” As with Beethoven’s “Pastoral” Symphony, it is set in five movements. We hear the influence of the symphonies of Beethoven and Mendelssohn, as well as Schubert’s “Great” Ninth Symphony. At the same time, Schumann’s Third contains tantalizing seeds of the four Brahms symphonies to come. In fact, one fleeting passage in the first movement’s recapitulation (6:54) contains a ghostly outline of the exact descending motif which opens Brahms’ Third Symphony.

The first movement (Lebhaft) springs to life with an exultant theme filled with surging forward motion and heroic, soaring statements in the horns. Infused with noble dotted rhythms, this euphoric theme defies bar lines by careening between two opposing rhythmic grooves. The implied meter of 3/2 is superimposed on the actual meter of 3/4 in a way which keeps us thrown off balance.

The next three movements take the form of interludes, or musical snapshots. The second movement (Scherzo: Sehr mäßig) opens with a gently rising and falling theme which pays homage to a similar motif  from the second movement of Beethoven’s “Pastoral” Symphony. Beethoven’s bucolic “Scene by the brook” is transformed into a “Morning on the Rhine,” a descriptive subtitle that Schumann eventually dropped. Although Schumann called the movement a scherzo, its leisurely pace feels closer to the German dance of the ländler.

The third movement (Nicht schnell) is a serene song without words. The conductor Kenneth Woods writes  that “after two such powerful statements, Schumann takes us to a world he understood perhaps better than any composer—a universe in miniature where innocence, elegance and understatement meet fantasy and profundity.”

Perhaps the fourth movement (Feierlich) takes us into the mighty nave of Cologne Cathedral. It is music which suggests a solemn liturgical ceremony. A chorale emerges in the three trombones, heard for the first time in the Symphony. The orchestra takes on the dark, sombre tones and contrapuntal lines of a pipe organ.

The celebratory final movement (Lebhaft) returns to the home key of E-flat major. Darkness and melancholy is swept away amid jubilation. In his Explore the Score analysis, Kenneth Woods writes,

Undetectable to the listener at first, Schumann is drawing together the threads of the entire work from the first bar. Again and again, Schumann brings back ideas from the Feierlich, however, completely without solemnity or anguish. What was once unbearably dark is now presented in the spirit of carefree good humour- Mahler would mimic this technique of transformed thematic cross references almost exactly when using the themes of the Adagietto in the Finale of his Fifth Symphony. (Note also that the four note motive that opens this movement is almost exactly the same as the main four note theme of the Mahler).

This cross referencing becomes overt in the climax of the coda where a theme from the preceding movement is thrust into the sunshine. Following a triumphant proclamation in the trumpets, trombones, and horns, the final bars surge forward with ever-building momentum. The Symphony’s dramatic journey is brought to a euphoric conclusion.

Featured Image: “A View of a Town Along the Rhine” (1841), Cornelis Springer