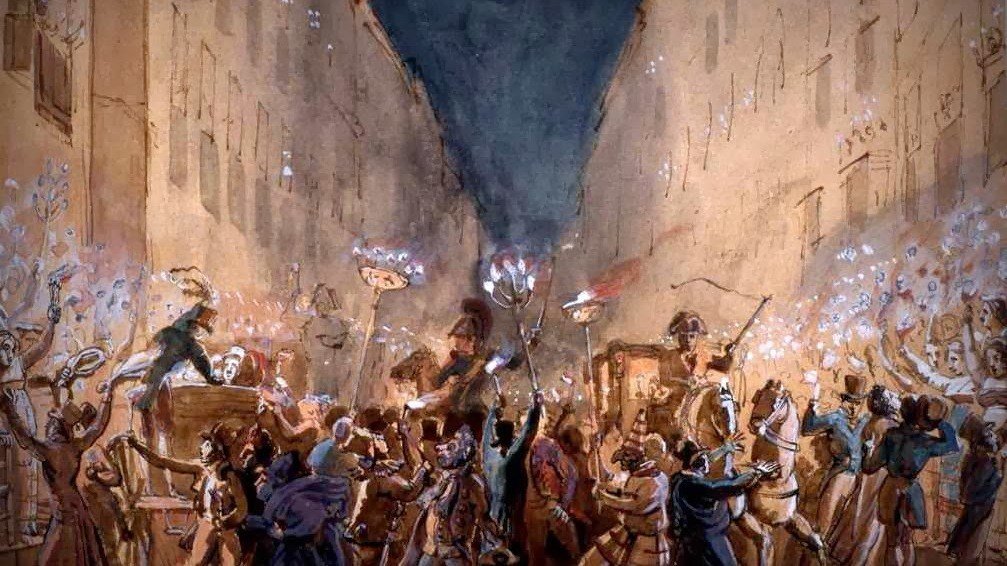 Hector Berlioz’ 1844 Treatise on Orchestration provided all future composers with an instruction manual for the modern orchestra. The book, which remains influential, discusses the range and tone colors of the instruments. In his foreword to the updated 1904 edition, Richard Strauss wrote that Berlioz’ orchestration was “full of ingenious visions, whose realization by Richard Wagner is obvious to every connoisseur.”

Nowhere does the modern orchestra spring to life with greater brilliance than in Roman Carnival Overture, which Berlioz wrote the same year as the Treatise. From the soulful English horn solo of the introduction to the blazing triumph of the final chord, augmented by the triadic power of the trombones, Roman Carnival is an exhilarating, nine minute-long joyride of orchestral color. In this music, the distinct personas of the instrumental voices emerge with vivid clarity. Berlioz opens the door to the kind of rich drama we experience in the music of Mahler. It’s a wild, mercurial, at times seemingly hallucinagentic ride which dives headlong into the Romantic ethos.

Roman Carnival Overture grew out of Berlioz’ ill-fated 1838 opera, Benvenuto Cellini. The introduction developed from a love duet in the opera’s first act. The Overture’s name is derived from the music of the allegro section, which was based on a later scene depicting a raucous Carnival celebration in Rome’s Piazza Colonna. According to the composer, the premiere of Benvenuto Cellini “was hissed with exemplary precision.” The opera closed after three performances. Yet in his Memoirs, Berlioz commented that the work “contains a variety of ideas, an energy and exuberance and a brilliance of color such as I may perhaps never find again, and which deserved a better fate.” All of this energy and color is concentrated in Roman Carnival Overture, where it explodes triumphantly.

The Overture begins with the vigorous rhythm of the saltarello, a 14th century Italian dance in triple time. (Mendelssohn featured the same dance in the final movement of his “Italian” Symphony). It’s possible that Berlioz heard the saltarello during his time in Italy after winning the Prix de Rome. Punctuated by cymbals and tambourine, it becomes an increasingly dizzying dance filled with jolting rhythmic surprises which disrupt our sense of the downbeat. In the  final moments, the melody from the introduction returns and combines with the saltarello in an exhilarating instrumental conversation. The coda nearly spins out of control with a euphoric display of musical fireworks.